Skip to content Skip to navigation
See our Campus Ready site for the most up to date information about instruction.Campus ReadyCOVID Help
Conflict and Crisis Resolution
Saturday 25 September 2021 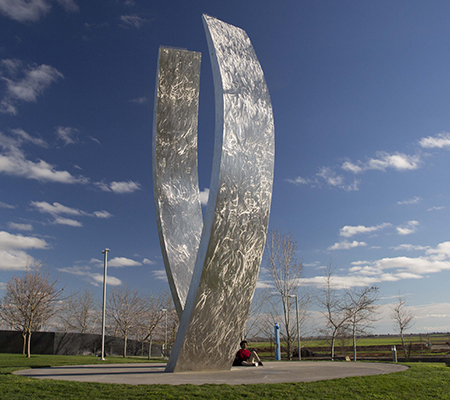 Being new, the campus is also uniquely positioned to be a trendsetter among peers.

The most recent example of UC Merced leading the system in a new initiative is the campuswide Policy on Prohibition of Abusive Conduct and Acts of Violence by University Employees and Non-Affiliates, which took effect Jan. 1, 2017.

De Acker, director of campus climate, is responsible for bringing the policy to campus. As staff advisor to the regents from 2014 to 2016, she served on a task force that reported to President Janet Napolitano to address bullying and abusive conduct. In 2016, Napolitano issued guidance regarding the expectation that all campuses provide a safe, supportive and equitable environment. UC Merced is the first UC to have this policy, which covers all employees. (UC Berkeley has an anti-bullying policy that covers staff members only.)

As the campus ombuds prior to her current appointment, Acker said abusive conduct was a common issue.

“As staff advisor to the regents, I saw that it wasn’t just our campus,” she said. “It was the major complaint heard by ombuds staff at every campus in our system.”

The policy requires all campus employees to report acts of violence witnessed in the workplace and encourages employees to report threats of violence or behavior that may lead to an act of violence. Administrators, supervisors and managers are mandated to take action on incidents reported to them, witnessed by them or otherwise discovered. The policy also include a no-retaliation clause. Student conduct is covered under a separate policy; the new policy, however, allows students to report abusive conduct by those it governs.

As with any policy, the key to effectiveness is understanding how to implement and enforce it. To that end, Acker is available for small and large group presentations. Appointments can be scheduled by phone at 209-228-2598, or email.

“The policy is written to be positive, not punitive,” she said. “The point is to create a culture where people can disagree without resorting to unprofessional or harmful behavior. The difference between professional conflict and abusive conduct often is not what is said but the manner in which it is said.”